Please don’t argue with me about animal breeds, I know, rhinos are not cattle. It’s just that when I stand in front of this brand new Urus again and again, I can’t resist the urge to fall in love with it. URUS is as big as a rhinoceros, whether compared to Huracan, Calf or Maverick Aventador.

In this romantic country of Italy, the birth of super-running is certainly one. That blend of heat, style and heartbeat, like the best people in the world, hangs everyone’s heartstrings with flame-red lips and beautiful postures. So when the “functional” model began to be popular, the Italians were initially rejected – not romantic enough, not short of it. There are exceptions, of course, such as the famous LM002 in Lamborghini history, like G or the Guardian, which absolutely believes in violent aesthetics, such as pretending to be a pure gentleman.

Perhaps to dispel speculation about the LM002 successor’s style, Lamborghini released the URUS concept car back in 2012: an SUV with supercar performance, and who wouldn’t like it? The warm welcome from the market eventually earned URUS a “quasi-birth certificate”, and Lamborghini became the second European sports car brand to dabble in mass-produced SUVs after Porsche and Maserati.

For the Lamborghini brand, URUS is a new breakthrough in design and engineering. There is no doubt that the lines and details of URUS are typical of Lamborghini design, but like the philosophy of the iPhone, the only difference is that it is different everywhere.

Because the URUS has a front-engine, four-wheel drive layout, it can be tricky to continue the design language of the mid-engine Lamborghini. The most typical example is the side ratio of the body, because of the front of the engine, so the engine compartment must be higher, flater and longer in the head, URUS can no longer fully follow Konta’s open wedge body concept, the A-pillar is inevitable, but the angle must be careful – too tilt will greatly affect the front view of the vehicle, increasing blind spots and reducing head space will make the SUV’s practical significance disappear; 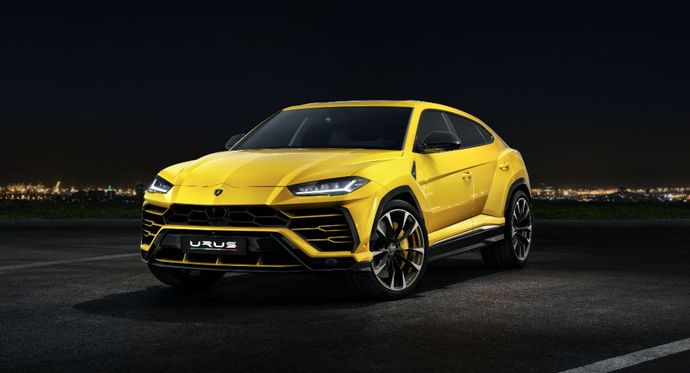 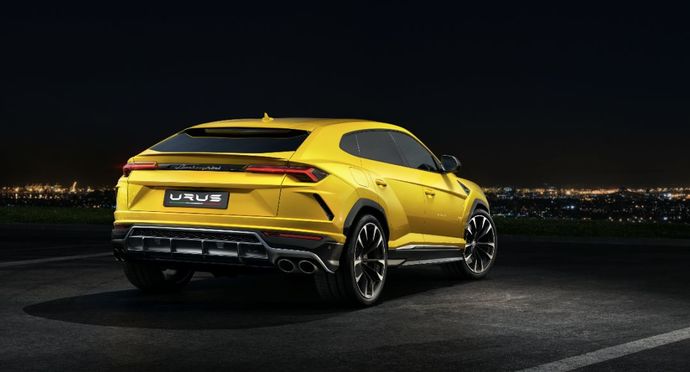 So Lamborghini’s solution is to make the actual size of URUS larger than expected, 5.112 meters in length and 3.003 meters wheelbase so that URUS can move into the category of large SUVs, so that there is more room for designers to straighten out the line, the harmonious proportion of harmony. The end result? It is the muscle lines of URUS that are very fit, very dynamic, powerful, proportionally coordinated and not clunky at all. 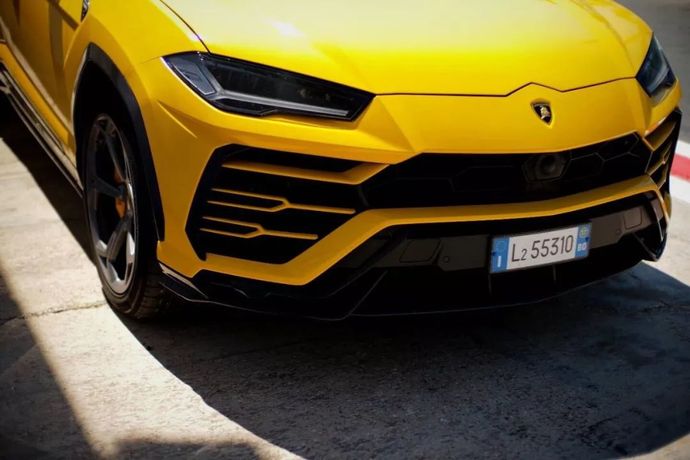 Another breakthrough was the choice of engine, and when the URUS concept car was first launched, almost everyone was speculating about whether lamborghinis would either plug the maverick’s naturally suction V10 directly into the new car, or give URUS a direct match to the latest hybrid system as a powertrain. But in the end we see a more practical, but not less romantic, solution: a 4.0-litre twin-turbo V8 engine. 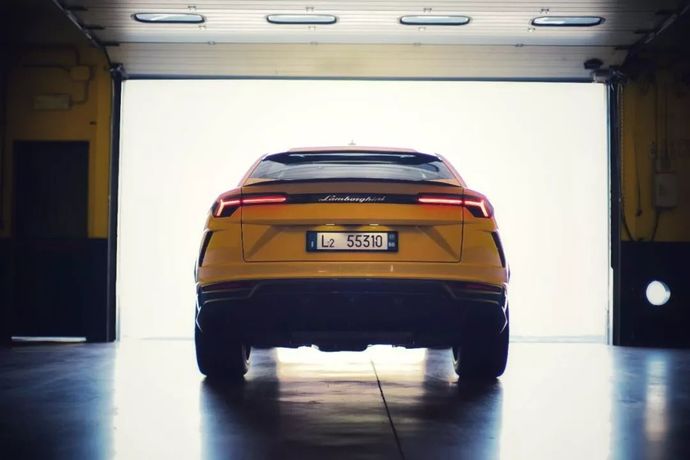 In terms of displacement, the 4.0 figure is clearly the gold option for high-performance cars today, while the combination of the V8 and twin-turbochargers and Lamborghini’s consistent pursuit of power directly guarantee the car’s performance output rating: 650 horsepower, 850 Nm. Need a reference? The brother-branded Porsche Cayenne Turbo, which also uses a 4.0T twin-turbo V8 engine, has a maximum power and torque of 550 horsepower and 770 Nm, respectively. Also from Italy, the Alpha Romeo Stelvio four-leaf model, known as the fastest SUV in NewArk, has a power parameter of “only” 510 horsepower and 600 Nm. From this point of view, I wouldn’t be surprised if two days later Lamborghini officially announced that URUS’s official results in the New North Brush Circle broke the Stelvio four-leaf version of the SUV model speed record.

What really surprised me was that I really didn’t expect URUS’s tough handling on the track to be so good. The engine’s violent torque output translates into an ear-obsessed sound wave and violent acceleration with a four-wheel drive system and four 21-inch high-performance tires. The heavy brake in front of the bend, the 2.2-ton preparation mass at the brake point starts as if it were firmly pressed by a big hand on the racing line, with little nod movement, and there is no such thing as an easy-to-turn overdrour like a body SUV.

The four-wheel steering system is equipped to make the URUS in the corner much more compact and flexible than the empirical judgment, the rear is stable but not rigid, when the driving mode is selected in the most aggressive state, the sliding of the rear will make the driver very happy. The performance of the transmission is impeccable, fast, accurate and consistent, making it feel very down-to-earth.

Even if I try my best to drive, when my limits come, the dynamic reaction of the vehicle is still more than enough. Feedback from the body, chassis and steering system tells me very clearly: No problem, hurry up? This over-the-top speed-level track experience didn’t even appear in SUVs before, but URUS did.

Beautiful, quick to hook up, the key is practical, so how can a Lamborghini make people not love? Judging from the experience with it these days, URUS is really famous for being called a super SUV. The heaviest surprises must be left until the end, benefiting from the engine displacement of the “control”

An open-top version of Ulus